Aliadiere laments Arsenal could have tagged Aubameyang with the E100 million as he regrets striker might be forced to be sold for a cheap price. 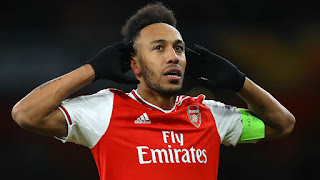 With the one year left on his contract with Arsenal, former gunners striker Jeremie Aliadiare thinks the present gunners striker and team captain,Pierre-Emerick Aubameyang should be sold.

Jeremie Aliadiere the former north london sides striker said in an interview hosted by charles watts that  Arsenal have no option but to sell Pierre-Emerick Aubameyang this summer – even if it is for a cut-price fee with reasons best known to him.

The Gabon international and his team are yet to enter into any discussions about his contract renewal even though he only has a year left in his contract.

A couple of big clubs had their eyes on him since the start of last season with Barcelona, Real Madrid and Inter  all including the 30 years old on their radar. The Arsenal top scorer,  has scored 61 goals in 97 appearances since signing from Borussia Dortmund in 2018.

Head coach Mikel Arteta has stated that he wants to keep the 30-year-old at ‘all costs’, but Aliadiere – who won the Premier League with Arsenal in 2004 – believes a failure to agree fresh terms with the prolific forward leaves the club with no other option but to cash in.

“Arsenal can’t keep losing players on a free. To be honest, I still can’t believe we’ve again got a top player, our captain, going into the summer only having one year left on his contract.

“For me, it has to be sorted when he gets to two years. Last summer he should have signed a deal or been sold. Because when you get down to one year left, in a player’s mind there is a difference.

“If I was Aubameyang and I knew I only had one year left, I would sacrifice one year of my career to go on a free and get paid a ridiculous amount of money and have all the clubs in the world chasing me. Who wouldn’t?”Aliadiere added: “That’s why I just think it’s wrong management yet again. It should be sorted at two years. You should not let a player end up with a year left on his contract, especially a player like Aubameyang. It’s not right.

“I just think players are playing on it, they keep letting negotiations drag on and the next thing you know, he’s just got one year left.

“And now, how much are we going to sell him for with one year left? Arsenal are in the worst position you can imagine again because you’ve got a top quality player who assures you of 20-25 Premier League goals a season who is one year away from leaving on a free.

“Or, he gets sold to Barcelona or Real Madrid and for what? How much can you expect for him now? Nothing compared to what if you’d sold him last summer. They could have asked for £100 million ($121m).”

Aaron Ramsey became the latest in a long line of big-name players to leave Arsenal on a free transfer when he joined Juventus last summer.

Keeping hold of their star names has long been a problem for the Gunners, with Alexis Sanchez and Mesut Ozil both allowed to enter the final year of their contracts in 2018.

Sanchez was eventually sold as part of the swap deal that brought Henrikh Mkhitaryan to the club from Manchester United, while Ozil did eventually re-sign – with Arsenal smashing their wage bill to hand the German playmaker £350,000 ($424k) a week. 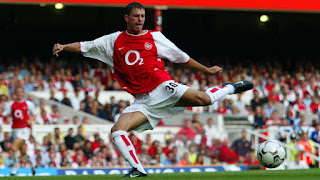 The likes of Robin van Persie, Bacary Sagna and Samir Nasri have all been allowed to enter the final year of their deals during the past decade at the Emirates, with Van Persie and Nasri reluctantly sold to Manchester United and Manchester City and Sagna leaving on a free.

Situations like that, Aliadiere believes, have made it so difficult for Arsenal to build a side capable of competing for the Premier League title.

“What you need to do is just build and the problem is, we don’t build,” he said. “We buy a player, but he’s going to get sold two years later or go on a free transfer four years later and then you have to replace him.

“So you are going in a circle all the time. You need to build with players you are going to keep for six, seven, eight years. Then you get less turnover all the time and you’re not always trying to find someone who will be as good as the player you’ve just lost.

Aliadiere added: “People will say Auba is a top player and we’ve got all his goals if we keep him. Yeah, I get that, I totally understand that. But how can you build a club or a team if you keep doing that?

“By playing year by year and trying to keep your top player just for an extra season, you end up losing him a year later and you lose money. I just don’t think that is smart business you know?

“It’s things like this that upsets fans. This is how fans turn against the club. It’s because they feel it’s not right.

“You can’t keep making the same mistakes over and over again. It’s crazy. How many top players are we going to keep losing on a free, or on very lower transfer fees? You just feel disappointed about it.”