21 years old Chelsea midfielder Mason Mount has recently been assessing his season since his debut in the Premier League. 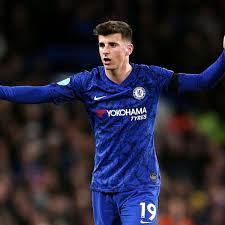 The 2019/2020 campaign has seen chelsea focus heavily on their youth.

probably because of the transfer ban or the choice of coach Frank Lampard,the team witnessed a huge and impressive performance from their youth players.

The Blues’ academy has produced some top talents over the years, but the club has often instead opted to rely on big-money signings, rather than giving their kids a chance.

Under Lampard, though, abundant amount of stars from Chelsea’s academy have been afforded opportunities this term – with a number of those stars, such as Tammy Abraham, Reece James and Fikayo Tomori, cementing first-team spots for the capital giants.

Another youngster who has broken into Chelsea’s senior set-up this term is Mason Mount.

After impressing under Lampard on loan at Derby County last campaign, Mount was instantly handed a chance to shine in the Premier League this term.

And it is fair to say that the 21-year-old has grasped said opportunity with both hands.

All told, Mount has notched 41 appearances for Chelsea this season, with his superb club form also seeing the Englishman handed his senior international debut back in September. 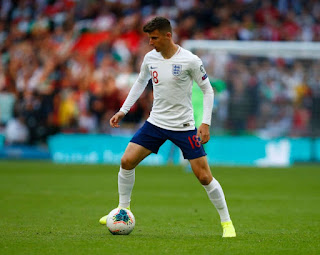 Of course, the COVID-19 hit Premier League campaign is not yet over.

Chelsea will resume their season on Sunday the 21st of June vs a struggling Aston Villa side as they look to secure 4th spot.

And ahead of the restart, as mentioned above, Mason Mount has been assessing his debut PL campaign. 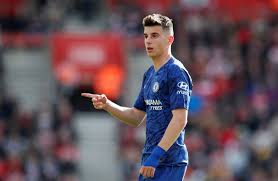 The attack-minded midfielder admitted that there have been some ups and downs this term, before going on to state that this first season has meant so much to him:

“There’s been ups and downs, but the main thing for me coming out of this season is how much I’ve learnt and grown as a player, on and off the pitch,” said Mount.

“For me to have my first season, make loads of debuts and score some goals has meant so much to me”