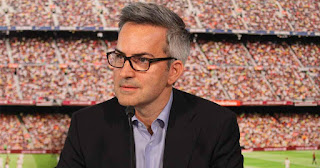 Fc Barcelona presidential candidate of the 2021 election, Victor Font had a virtual meeting with the Barcelona fans and he spoke about the nemesis the club could probably face in the nearest future if preventive measures are not taken immediately. His thoughts might not be far from what almost every Barcelona fans been thinking as most of the club’s heroes aren’t getting any younger and the club under the government of the present Josep Maria Bartomeau’s administration isn’t showing any sign to assure Barcelona fans and the footballing world that the future is secured.
The politician verbally poured out that the club might just be at the verge of becoming another Ac Milan if proper management isn’t instilled.

“We will have to manage the replacement of the most important generation of footballers in history, with strong rivals, the pending project of the Espai Barca, the coronavirus crisis. We are at risk of becoming Milan.”

The 47-year-old has been working on his project ‘Si al futur’ for two years now. Meanwhile, other contenders for the office have only announced their intentions to run for president this year.

“It doesn’t make sense to present a project at the last minute. We have been working for two years and we cannot improvise when we already have a perfect storm here that threatens the future of the club.” 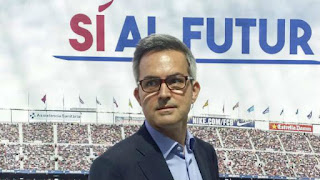 Font believes the current board need to be held accountable for the way they’ve been running the club. However, he understands that it’s highly unlikely that someone will get fired.

“It would be better to talk about the ‘Bartogate’ case, as it is the responsibility of the board and we should avoid associating it with the institution.

“But I don’t expect anything to happen. And if someone falls, it will be an unimportant position.”