” YOU CAN’T DO MIRACLES ON YOUR OWN !” – Cristiano Ronaldo sister lashes out on Maurizio Sari, blames his tactics.

Juventus bitterly lost to Napoli at the copa Italia finals on penalty shoot-outs on Wednesday making it the first time the Portuguese icon would loose two finals in a row.

The italian team, since returning to football has grounded into a 0-0 score line in two different matches and Elma Aveiro, Cristiano Ronaldo’s sister has an explanation for this. 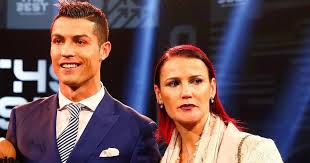 she claimed the Juventus head coach, Maurizio should be blamed for his tactics. she claimed the poor tactics was the reason her brother could play football the way he’s been known insisting he (C.Ronaldo) cant do miracles on his own.
Ronaldo was targeted by fans’ criticism for not being among Juventus’ four penalty takers which included Paulo Dybala, Danilo, Leonardo Bonucci and Aaron Ramsey.
The superstar was also criticized for being off through out the match as he wasn’t threatening or creative through-out the 90 minutes. she wrote on her instagram page ‘What more can you do? This is it and that’s all, that’s why my darling can’t work miracles on his own … I don’t understand how you can play like this  anyway … head up, my King.” 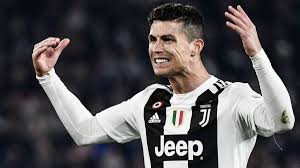 Defeat ensured that Sarri is still searching for his first trophy in Italian football.  He revealed he stayed ‘silent’ after the match, such was the disappointment at losing, but when quizzed on Ronaldo’s below-par showing, the former Chelsea boss had a simple explanation – fitness.

Marcelo scores against Eibar, pleads for the world to change.

”Present United squad can challenge and best any club”- Maguire

''Present United squad can challenge and best any club"- Maguire