by admin
in Football News
0 0
0
0
SHARES
22
VIEWS
Share on FacebookShare on Twitter
With the biggest competition in Europe,the UEFA champions league sets to continue on the 7th of August, UEFA.com sums up the state of play.
The league was put on hold in March due to the outbreak of the COVID-19 pandemic with four of the eight round of 16 ties concluded. 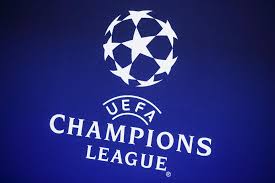 IN CONTENTION ;
Atalanta, Atletico Madrid, Leipzig, Paris Saint- Germain have all crossed to the quarter finals and none of these four teams has ever won the competition with Atalanta having their first season ever in the league, Leipzig’s second while Atletico madrid and PSG have been regulars.
Round of 16 yet to be completed
Barcelona V Napoli (agg: 1 – 1)
Bayern Munchen V Chelsea  ( agg: 3 – 0 )
Juventus V Lyon (agg; 0 – 1 )
Manchester City V Real Madrid ( agg: 2 – 1 )
Barcelona, Bayern, Chelsea, Juventus and Real Madrid are all former European champions, though, just four of those sides can make it up to the next stage as between Bayern and Chelsea, one compulsory has to go. Present holders Liverpool were surprisingly eliminated by the Spanish side Atletico in one of the four ties that has already concluded. Manchester city are also as they beat Madrid with 2 goals to 1 in Santiago Bernabeau. With both Manchester City and Manchester United still contending for UEFA champions league and Europa League respectively, it could still happen that both teams win their respective trophies. This scenario has happened before where the two prestigious European trophies were won by city rival. Ac. Milan won the UEFA Champions league and Inter Milan the UEFA Cup and that was far back as 1994 – while Real Madrid and Atletico repeated the same thing in 2018 with Real Madrid lifting the UEFA Champions league while Atletico Madrid won the UEFA Europa league
FACT; In 2011/12, Chelsea  were the only side in the last 22 editions of the champions League to become European Champions for the first time. The last side before them to get their hands on the European Cup for the first time were Dortmund in 1997
HIGHEST GOAL SCORERS
Bayern’s Robert Lewandowski has scored 11 times in this season’s competition: one more than eliminated Dortmund’s Erling Braut Haaland and five more than the other most prolific marksmen left in the competition: Napoli’s Dries Mertens and Bayern’s Serge Gnabry, who have scored six each. This is already Lewandowski’s most prolific season in the UEFA Champions League proper; his best previous tally was ten with Dortmund in 2012/13.

Eliminated Ajax’s Hakim Ziyech is the assist king in the 2019/20 UEFA Champions League so far, laying on five goals for team-mates. Of the players left in the competition, Bayern’s Corentin Tolisso and Paris’s Ángel Di María and Kylian Mbappé have provided four assists each.

Fact: Either Lionel Messi or Cristiano Ronaldo has been UEFA Champions League top scorer for the last 11 seasons (the only minor exception being 2014/15, when they both finished level at the top of the rankings with ten goals, along with Neymar, then at Barcelona). So far in 2019/20, Messi and Ronaldo have scored two each. 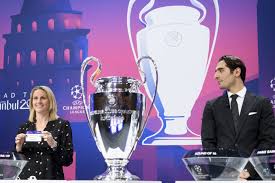 SO FAR SO GOOD

Great, inevitably. As well as quality football all the way from the start of the group stage, this season’s UEFA Champions League has delivered goals by the bucketload: 344 in 108 games – an average of 3.19 a game (or one every 29 minutes).

fact: Bayern have been the all-round star performers of 2019/20 so far: they have scored 27 goals – seven more than nearest rivals Paris – and also top the rankings for most efforts on goal (166) and most efforts on target (70).

LIGHTS FROM THE GROUP STAGE

“Marcus Rashford, I have to say, I couldn’t respect more what you did, it’s unbelievable. – Jurgen Klopp

Lionel Messi said to have escaped a red card for the second match in a row.

Lionel Messi said to have escaped a red card for the second match in a row.